Wolverhampton Wanderers are one of three Premier League clubs to have been linked with a move for Hoffenheim midfielder Kerem Demirbay.

The Birmingham Mail cite Calciomercato in reporting that Demirbay has a £22m release clause in his contract with the German club.

The 25-year-old, who operates in the centre of midfield, joined Hoffenheim from Hamburg in the summer of 2016.

He has since established himself as one of the club’s key players, playing a major role in their qualification for this year’s Champions League group stages. Demirbay has four goals and seven assists in the Bundesliga this campaign and has featured in the majority of their Champions League and Europa League fixtures.

Despite representing Turkey at youth level, the playmaker made his senior Germany debut in 2017 and played a part as they lifted the Confederations Cup that same year.

Wolves boss Nuno Espirito Santo is likely to be given a significant transfer budget this summer in the hope of building on the success of this campaign.

However, he is currently well stocked in the central midfield department, with Joao Moutinho, Ruben Neves, Leander Dendoncker and Morgan Gibbs-White all at his disposal.

Unai Emery’s Arsenal and Manuel Pellegrini’s West Ham United are the other Premier League clubs rumoured to be interested in the player.

Would Demirbay be a good signing for Wolves? 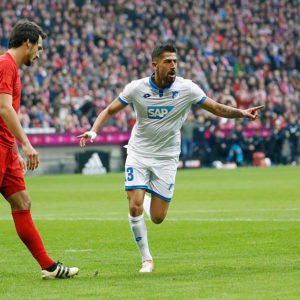 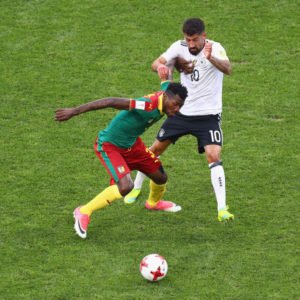