Wolverhampton Wanderers manager Nuno Espirito Santo says he is ‘happy’ at the club but still keen to keep improving.

Speaking to the club’s website, Nuno added that he is ‘proud’ about what he and his coaching staff have achieved in such a short time in England.

The 45-year-old only moved to Molineux at the start of last season, after Wolves had endured a difficult campaign in which they finished 15th in the Championship. 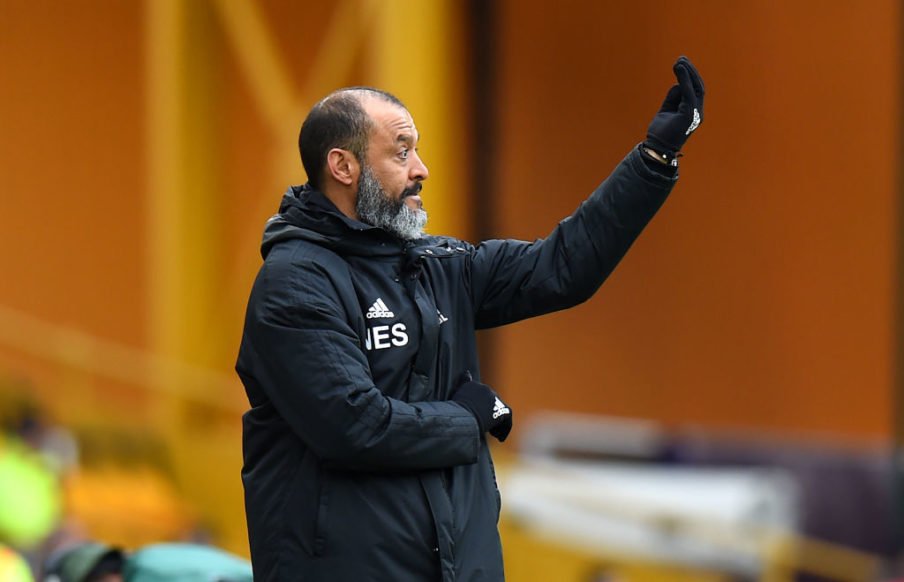 His first season in charge saw the club storm to the Championship title, finishing with a total of 99 points, nine more than second-placed Cardiff City.

Perhaps more impressive is their performance this time around, with the Black and Gold 7th in the Premier League table with eight matches to play and into the semi-finals of the FA Cup.

His success has seen the Portuguese become a hero amongst the Molineux faithful, and the admiration will only grow should they manage to qualify for the Europa League come the end of the season.

On how he feels and his aims for the rest of the season, Nuno said:

I’m happy, I enjoy coming here and the players enjoy it also. It’s about making a journey together. With our fans, with the support of the club, of all the people that are involved; not only players but the staff, coaches, everybody, everybody inside the family of Wolves, joining us together to try and achieve what the club achieved in the 50’s and the 60’s. We know how hard it is, but to have these memories, they can help us. We are proud of what we’ve achieved. Last season was very tough, we came from the Championship, we started in the Premier League and we have to go, but we truly believe there’s a lot of space for improvement. We still have to make ourselves better and now we have a chance to be a better team because we did things well before.